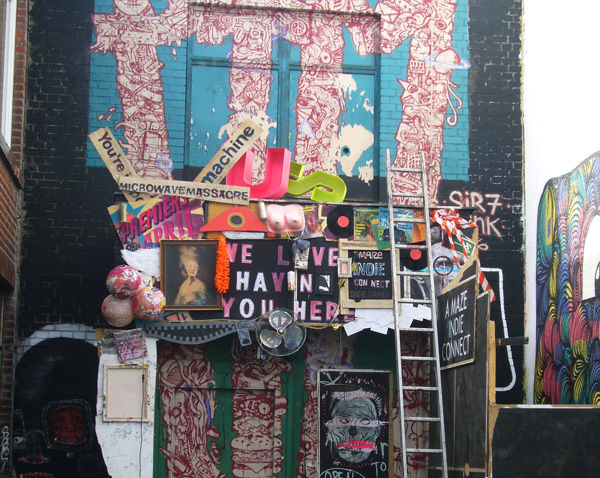 Friedrich and I participated at the "A MAZE. Indie Connect" festival. Last year's location was a cuddly little bar with a separate conference room; this year it was located at the Urban Spree: a huge location with clubs, galleries and - of course - a Taekwondo sports club directly at the river Spree in the middle of Berlin. No place could have been more perfect than this creativity sparkling area with graffiti, street art decoration, installations and metal sculptures.
A MAZE Indie Connect is four days of pure indieness with talks, music, performance, installations, multiplayer picnic, game jams, Night of Machinima and the inevitable Most Amazing Game award.

At the A MAZE you won't get lost in overcrowded conference rooms like at overpriced conventions; instead you will have time to talk to your favorite indies in a relaxing atmosphere full of inspiring and playful moments. 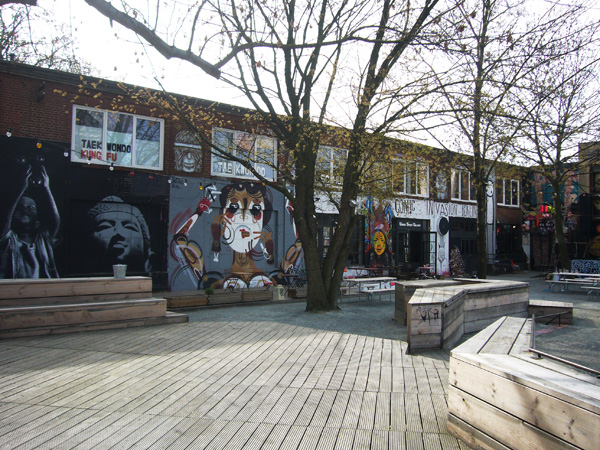 The heart of the A MAZE is the exhibition, where all 11 nominees were presented together with games of the people who gave talks. The whole exhibition was an amazing color gradient of classic platformers, mobile games, AR installations, Kinect games and student projects with experimental inputs. Additionally, on the first day you could play a selection of fine multiplayer games arranged by Kitty Calis and Jan Willem Nijman. Plus even more games that came from the co-operative exhibition A MAZE Interact which took place in South Africa last year.

The more time went by the more people placed their own laptops near the exhibited games and asked the audience for playtests and showed around their prototypes. This is the point where I wished that TRI would be an easy-to-dive-into game on a tablet. I think this is the first time we presented our current game to an audience that either plays for hours or pushes some buttons to just leave the game after a minute in search for explosions. I think we should do this more often, for this is the ultimate playtest arena! 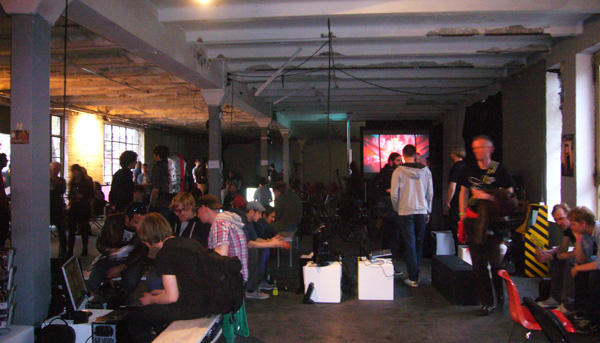 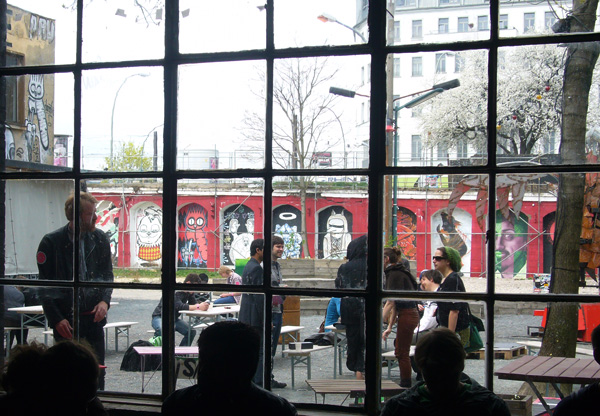 The games we loved

Although I knew most of the games there were still some new to me, some of which I highly recommend, like BROFORCE by Evan Greenwood who is from South Africa. He also was part of the jury and gave a talk about emergent humor.
In BROFORCE you play one of the 1980s heroes like the Terminator, S.D. Bob "Snake" Plissken, MacGyver and so on, and use their special weapons to kill enemies and destroy the environment; at the finish of a level you leave the chaos by just smoothly catching the rope-ladder of a flying-by helicopter. Pure awesomeness + team-play + explosions! 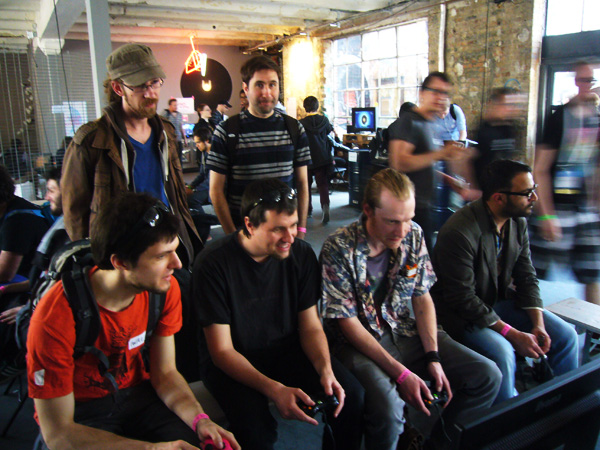 Or SURFIZE by Miguel Alvarez, who created an arcade space shooter that looked quite classic at first glance, but emerged one interesting component after the other - like creating a net of co-operative ships or an endless screen to distract enemies. 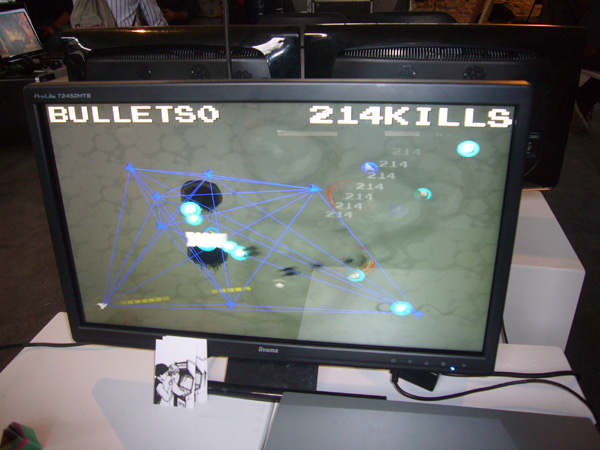 TOREN is a game from Brazil, where you play a little girl that is growing while you play the game. Find out what this strange temple is, where you come from and why you are left there. The atmosphere reminded me of games like ICO, where you are thrown into a mystical world you need to explore in order to know what this is all about.

SLOWMO SHOWDOWN - and believe me, the name is the motto here. You have to fight each other with moves captured by the Kinect. Fire energy balls Kamehameha-styled with hands and feed and try to avoid the other player's attacks. Can somebody please help those guys find a publisher so this game becomes available for every party?!

Sosowski made and brought his own arcade with him. You could nearly play every one of his games on the ACHTUNG ARCADE. Alle Achtung (well done), Mr. Sos! 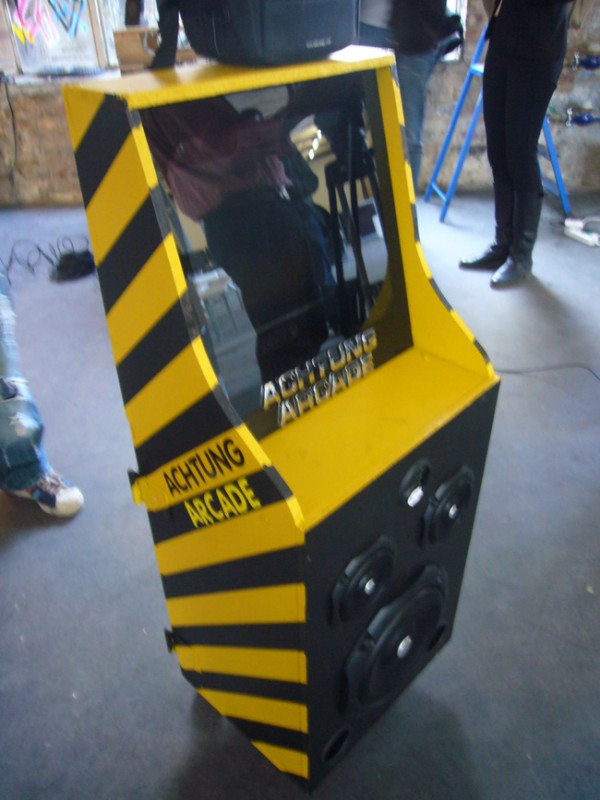