Indie Distribution Platforms that are not Steam

(The original posting is in German, on Indie-Inside.)

Last week (March 10th to 18th) the annual 7-Day-Roguelike Challenge took place – the event for which Pitman was developed last year. That's why our yellow dwarf celebrated his birthday that week, and because the 7DRL Challenge always gets some attention, we decided to link it together to a sale.

Our roguelike is available at four PC distribution platforms: Indievania, IndieCity, LittleIndie and Desura (+ the AppStore). So we reduced the price to $0.95 / €0.79 every day at one or two sites for three days each. We also offered a few goodies or articles on our website daily.

In retrospect this sale was not only a good marketing campaign, but also very helpful to find out about the strengths and weaknesses of our four platforms.

Of course it would have been great to have self-distribution on our own website additionally (as it was indeed the place we referenced most times in our sale), but unfortunately this is planned for our web relaunch in the near future and wasn't available yet.

The four platforms are characterized mainly by low barriers for an entry; i.e. you send in a game, it gets checked and reviewed, and often it goes straight to the market with no major problems (except for Desura, where we had minor troubles with the file upload).

So if the splendid Steam Store is denied to you or you like to put smaller titles (e.g. jam games) outside of your own website or offer your product indie-compatible – you hit the right spot here.

Of course, Steam is the largest provider and has the advantage of a high number of users. However, most indie platforms – like many indie developers as well – often only have other developers or the not-so-big indie scene as players and multiplicators. Platform owners often expect that the developers bring the players (aka buyers) already with them and thereby keep the cash flowing. Thus, the scene just fertilizes itself and the few larger indie platforms remain hidden from the "normal" players.

Desura might be known by linking up with the Indie Royale bundles, since you can load their games with Desura keys. But for most games Steam keys are also available ...

In the future it would be nice other platforms having a chance next to Steam, as in my eyes monopolies are never positive. While Steam guarantees a high quality, the reviewing process is too opaque for many developers. Desura or IndieCity for example also allow the presentation of a different kind of games that would get (even) less attention.

Okay, enough about my plea to not only promote Steam, but to aim for at least another platform. However, you have to be aware that the effort you put into marketing for a platform does not always bring about the expected profit.

I was wondering what is used by other developers and what platforms do not work (anymore)?

E.g. Play Greenhouse by Penny Arcade has folded, unfortunately: "Apologies for the inconvenience, but Greenhouse is temporarily offline for some ... upgrades. We'll be back soon! " – the last Twitter entry is from 2010.

- from the review of the game until the start: a few days
- contract
- upload via SVN / SSH
- demo on the platform
- sales and updates are set by operator
- revenue share is negotiable
- payout: quarterly from € 20

- very low popularity
- the project, images, demos, page texts can not be adjusted by oneself via an interface
- Windows-only
- only rudimentary backend for developers (sales / hits)

- in planning since 2010, started publicly since 2011
- >140 Games
- most expensive game: Cardinal Quest € 10.00
- very different, small, cheap games
- DRM / client
- regular news on Facebook and Twitter about new features on the client and current titles and sales (a Twitter account for players and developers each)

- there is no payout yet (tax law issues are being resolved)
- revenue share: 25% to platform (currently); with integration of achievements / leaderboard system only 15%

- many features are still in beta or not available at all (but marked with some yellow post-its)
- low popularity
- Windows-only
- payment via Credit Card only
- Annoying limitation of size (and number) of the images when setting up the project
- very simple statistics, no breakdown

- authorization of the game: only a few days
- upload through Amazon S3, no restriction on upload format
- money is transferred immediately after purchasing to the developer (no platform costs)
- responded late to the announcement of the sales, but then we were listed in“featured” and “specials”

- relatively low level of publicity (during our sales week we got some more buyers, though)
- Paypal costs way too much for cheap games, when the micropayment option isn't used / cannot be used
- no demo upload to the platform

- 30% share / payout with minimum of €500 is a hurdle for smaller games
- relatively complicated upload system for Mac and Windows: Windows / Mac / demo must be uploaded in two versions (I.e. 6 different files that need to be uploaded when doing an update of the game); purchase link in the demo must lead to Desura 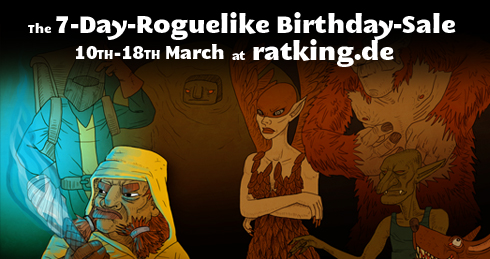 Yes, that's right! On 10th of March the Seven Day Roguelike Challenge 2012 started, and this means our beloved little Roguelike PITMAN is becoming one year old! You don't know what it is? No problem, watch a trailer right here!

In order to celebrate this meaningful date we start a sale for this whole week of roguelike joy! Also, come back daily, as there might be some extra specials for you waiting here. :-)

Saturday, 03/10/12: Special for today: An insightful interview with both Jana and Friedrich on truepcgaming.com about the development of PITMAN, and some general tidbits!

Sunday, 03/11/12: Special for today: The first longer posting about our 7DRLC 2012 entry, "Me Against The Mutants"! It offers insights of the development process and has screenshots!

Monday, 03/12/12: Special for today: An extensive interview from Jana with Andreas Podgurski, administrator of Little Indie, about indies, German indies, indie indies, Little Indie and achievements. Read it in English or German!

Tuesday, 03/13/12: Special for today: We put nearly all our games' music in one big .ZIP! Download it, listen to it, be amazed! (Not necessarily in that order.)

Wednesday, 03/14/12: Special for today: A little break from all the stress this week - have fun! :-) (That is DRM-free and can be enjoyed best by turning off your computer, your monitor, and going for a walk in the park!

Thursday, 03/15/12: Special for today: A new update from our 7DRL Challenge entry: read about the process and play a first prototype!

Friday, 03/16/12: Special for today: So you all bought and played this little roguelike called PITMAN, correct? You also died a lot, amirite? Enemies and hunger every time, huh? Well, don't fret no more, here comes the ultimate guide to help you out!

Come back after the weekend for some kind of post-mortem!

PITMAN for PC on 4 different platforms

While we're still working on TRI 2, we unexpectedly released PITMAN on Windows/Mac last week. Why? Because it was easy to do. ;-)

Of course, the original version of Pitman, as an entry for the 7 Day Roguelike Challenge and named "Pitman Krumb" back then, already was for PC only; but this didn't really matter, as the basis for the new Pitman was the iOS version. This brought some minor problems with the interface and the handling, but eventually we could port the game.

Now there are four platforms in the internet where Pitman for Windows can be bought: Desura, Indievania, IndieCity, LittleIndie. If you want to play the game on Mac, you will have to rely on Desura; although Mac support is promised by all the other platforms, too - sooner or later. 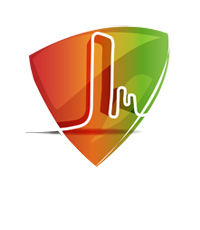 The game costs $2.99, or €2.49, or £1.99, but we might change that price later. If you are not sure if Pitman really is worth this huge amount of money, you can give it a testdrive via the demo version on Kongregate beforehand, or just sit back and watch the gameplay video Jana made, right here!