The winners of Ludum Dare, and what to learn from them

This was originally a quick and dirty talk I held in 2014 at our Global Game Jam location in Leipzig, Germany. I wanted to give the audience (mostly students, a lot of them without experience in the art of game jam) an impression on what is possible during a game jam even when you're alone and have to do stuff from scratch; so I showed them the last five Ludum Dare compo winners, which means each of them got the first place in the "Overall" category. The talk would conclude with some best practices, at least in my opinion.

As most of you probably know, Ludum Dare is an online game jam held several times in the year, with the big versions always commencing in April, August and December. Thousands of participants make a game in 48 hours each time, and a lot of them also are part of the quite active community surrounding the jam. Everybody who joins can be sure to get feedback and answers via the blog on ludumdare.com, and via the IRC channel #ludumdare on AfterNET. And don't forget that for three weeks afterwards, every participant can rate all the others' games, so the brutal final ratings for each category (e.g. Graphics, Fun, Mood) are there for the whole world to see. With the high numbers of entries, winning the competition may sound nearly impossible. So let's take a look at some of those who actually did it! 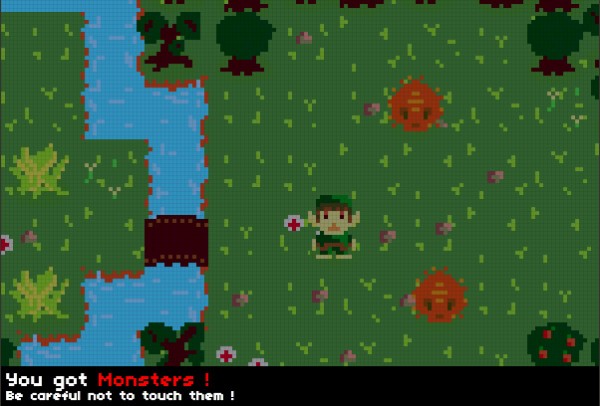 Evoland is a Zelda-like with a funny idea implemented well. It has a lot of chests – in each chest you find a feature that hauls the game to the next step of videogame evolution. At first you can only walk right, but you get the ability to walk left soon. After that, you can walk north and south, how cool is that! Scrolling! Colors! Sounds! Weapons! Nicolas Cannasse broke down a pretty standard Zelda clone into its most minimal parts, used those parts to let the player explore them, and made a unique game this way. (Later on he even extended the game and you can now buy it on Steam.)

As a game jam game Evoland is very ambitious and I couldn't believe that it was made in 48 hours. I assume Nicolas had the idea and concept very early in the process, and using a programming language he invented himself might have given him a good headstart.

Ludum Dare 25 – Theme: You Are The Villain 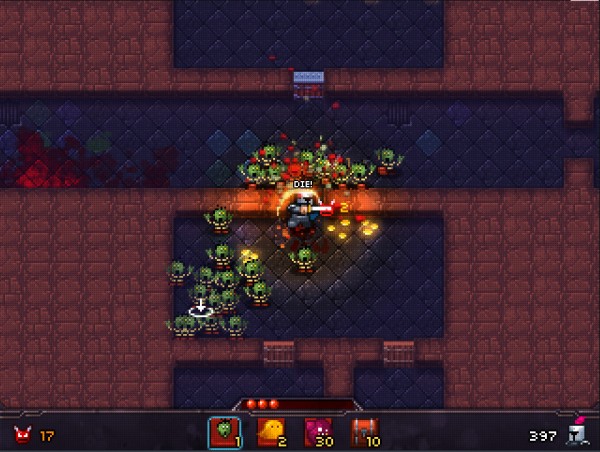 Atomic Creep Spawner!! reminds me a bit of Dungeon Keeper, although you can only do a fraction of what is possible in that game. A pompous knight is raiding your very own dungeon, stealing your money and destroying your orbs, and you have to stop him by spawning a lot of monsters. You create those hordes of zombies and ghosts via simple clicks on the floor, and they find their own way (more or less) to the rampaging knight. A fair bit of AI must have been programmed for this game.

Made by Sébastien Bénard (known as deepnight, one of the most successful Ludum Darers!), Atomic Creep Spawner features great humor and amazing pixel art. Sébastien even found time to include a tutorial at the beginning. What the game lacks in interactivity it makes more than up with polish and love for details. 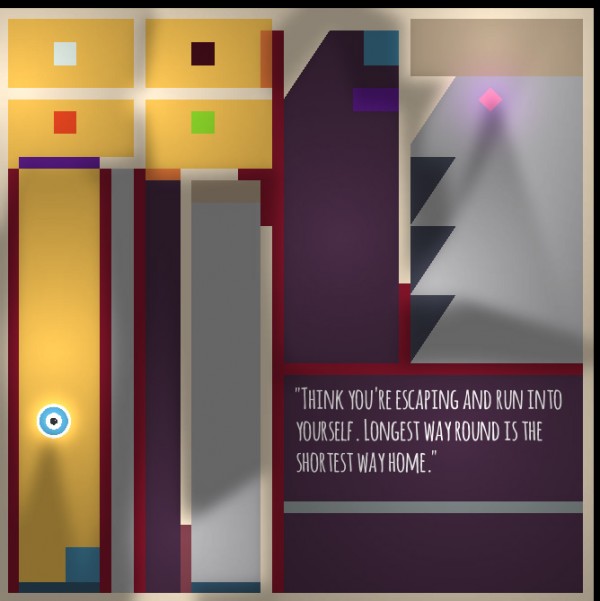 MONO implements the theme via its graphical style (which looks simplicistic, but is actually very well done), but most certainly not via the gameplay. While at first glance it seems to be a minimalistic game in every sense – you navigate a small sphere through a world of rectangles – the levels soon become more and more diverse, which is what keeps the game interesting. This is a nice trick you can learn from: make a game with only some basic functionality, and if you have the time, add another level with new elements and mechanics inside it – rinse, repeat.

Tim Hantel managed to make a neat dexterity puzzle game with a lot of atmosphere, mostly by adding a fitting soundscape. The gameplay mechanics sometimes make the game a bit frustrating (you die by touching a wall already), but in general the player's death is a forgivable experience: you spawn instantly at the level start again. An important lesson I think. 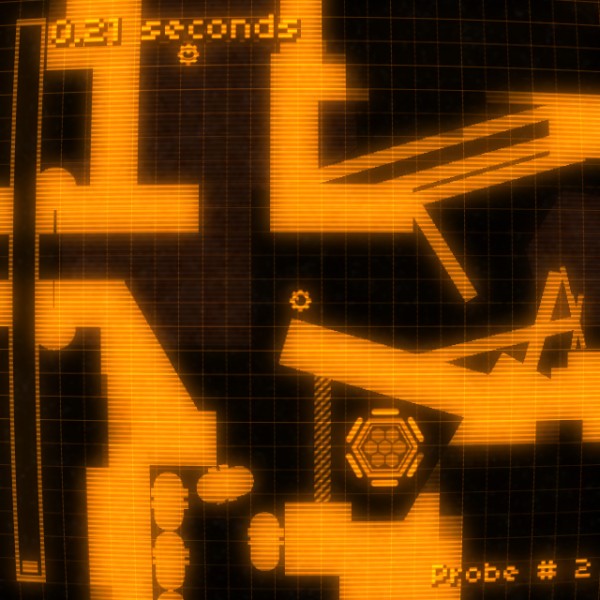 PROBE TEAM could easily be part of the Ludum Dare before – it uses one single color only, enhanced by some cool looking post effects. While I never liked the theme in itself, because I always felt that it would cripple gameplay concepts instead of fertilize them, Andrew Shouldice actually made an interesting type of exploration game out of it. You start little probes which have 10 seconds of fuel each (so be economical with your commands), lead them through some kind of maze and activate triggers to open doors. It feels a bit repetitive, but the moody atmosphere absolutely helps to tolerate and even enjoy it. 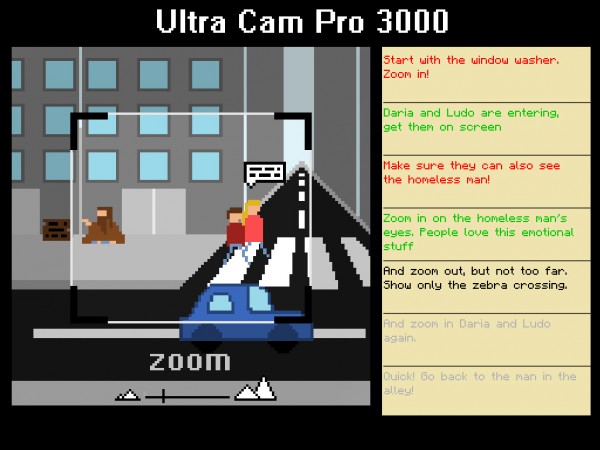 One Take by Daniël Haazen is a great example for an unusual idea creating a whole new experience. You play as a camera operator taking one continuous take from a movie scene, and all you do is following orders from a film director in the form of short sentences, like "Zoom in on the sheriff" or "Go back to the guy in the alley". The scenes are a bit animated (while most of the action comes from yourself) and actually feel like small movies – already worth an honorable mention in my opinion. The cherry on top are the pixelated newspapers after each level, including reviews about the 'movie' and your performance.

So what can we learn from these great examples of Ludum Dare rapid game development, for our own jam games?

Making a game in 48 hours is hard, winning Ludum Dare is even harder. But if you look at the above examples you see it's not impossible! Sure, you need to know your tools in and out – the Ludum Dare Top 10 isn't the place for learning a new programming language. (This could be a bonus learning.) Just keep in mind to have fun and make something worth playing. Everything else comes afterwards.