Last week was Gamescom week. It was very exhausting, and a great experience overall. My feet are burning, and my voice got lost somewhere between Thursday and Friday, but a lot of people played TRI - and best of all, most of those even liked it! My favorite visitors were two girls who came with their mother, and they got so excited while playing that they visited our booth half an hour later again, just to ask if there is a possibility to find out when the game will be released! (There is, just subscribe to our newsletter.) 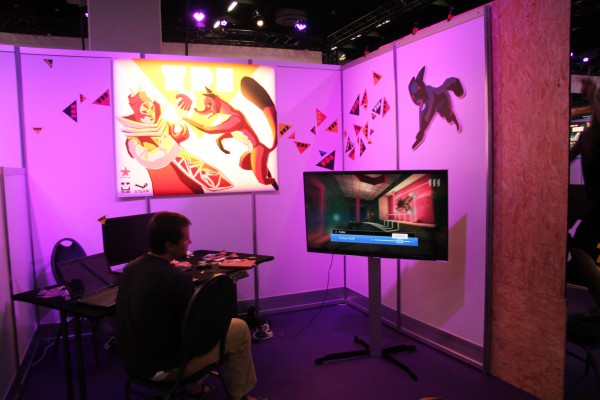 Yes, we had a booth to showcase TRI. We were part of the Indie MEGABOOTH, and so we exhibited together with more than 30 other developers in individual smaller sub-booths. We met a lot of cool people which was one of the greatest things about this. Because I don't really think showing the game to (a fraction of) 335,000 visitors actually would have a significant effect on sales or overall popularity - we were located in a less prominent hall and most visitors still didn't care about indie games or could identify them as games at all ... This is why we gave our flyers only to those who stopped to have a look at TRI.

Despite of the AAA preference of most visitors we got some valuable feedback again, and some of it not so valuable. One person didn't think a price of $15 would be justified and told us to lower it to $10 maximum; but other than that almost all feedback was positive. Of course, one reason might be that players who disliked TRI didn't care about telling us why, haha. 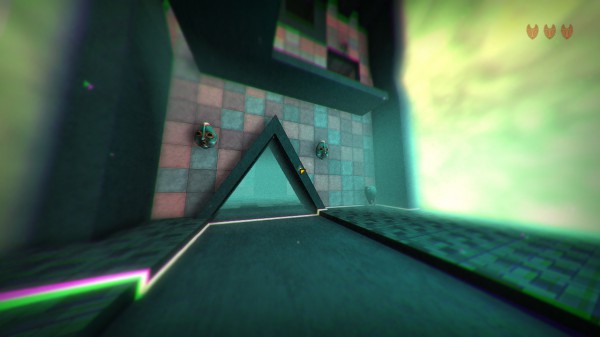 I will make the sprinting (via Shift key) less restrictive even though I didn't want it in the game in the first place. In the end it doesn't really matter and if it makes some players happier it shall be - thus the fatigue bar will cease to exist. I guess a valuable lesson in this regard is that most times TRI is played for the first time anyway. Sure, some people might play it more than once, but this will be only a fraction of total plays. A game like TRI should be designed foremost for first-time players. It's not a roguelike after all.

Some people even asked what we planned for our next game. We don't really have a concrete idea yet, all we know is that we want to make a smaller game which should potentially be able to run on consoles and maybe even mobile. Perhaps we do something with local multiplayer. It's just that you need to invest some time into TRI before you "get" it, and the controls are restricted to mouse and keyboard because of the necessary precision for the triangles. Both are factors that makes it hard to generate a hype about the game for the broader masses, which is very unfortunate for us and something we really want to do better next time. 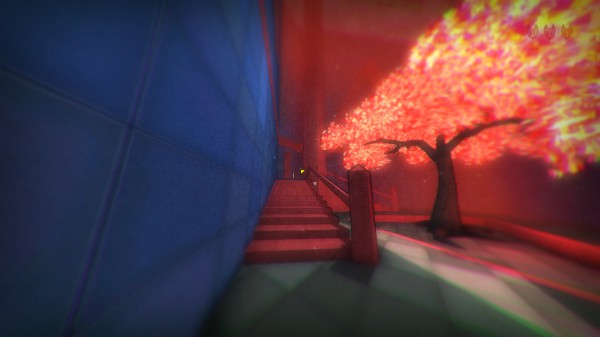 It helped a lot that I took out the second level for the demonstration on the Gamescom; so basically you would start in the Tower of Nowhere as soon as you beat the tutorial before the temple. This way players reached the main gameplay (the triangles) within five minutes instead of 15. It was also interesting to see that some persistent visitors even got to the regions where you walk on the walls and ceilings. One very brave soul directly started a later level, Glimpse of Light, and only a few hints were needed for him to beat it; but of course he needed longer as he didn't have the knowledge of the former levels - he didn't even do the tutorial. It's great to see that people can easily spend an hour casting triangles everywhere.

One of my personal highlights of that week was that Sos Sosowski lured Alexander Bruce to our booth - and he actually played it for a while. Some people even compare TRI to Antichamber (among other games), but this is farfetched in my opinion - TRI is much more conservative in its game design and visuals. On the other hand some people will always find comparisons, because that's how the brain works, and those comparisons might be strange in your own perspective. Though I don't really understand at all how anyone could think of Shadow of the Colossus when seeing TRI.