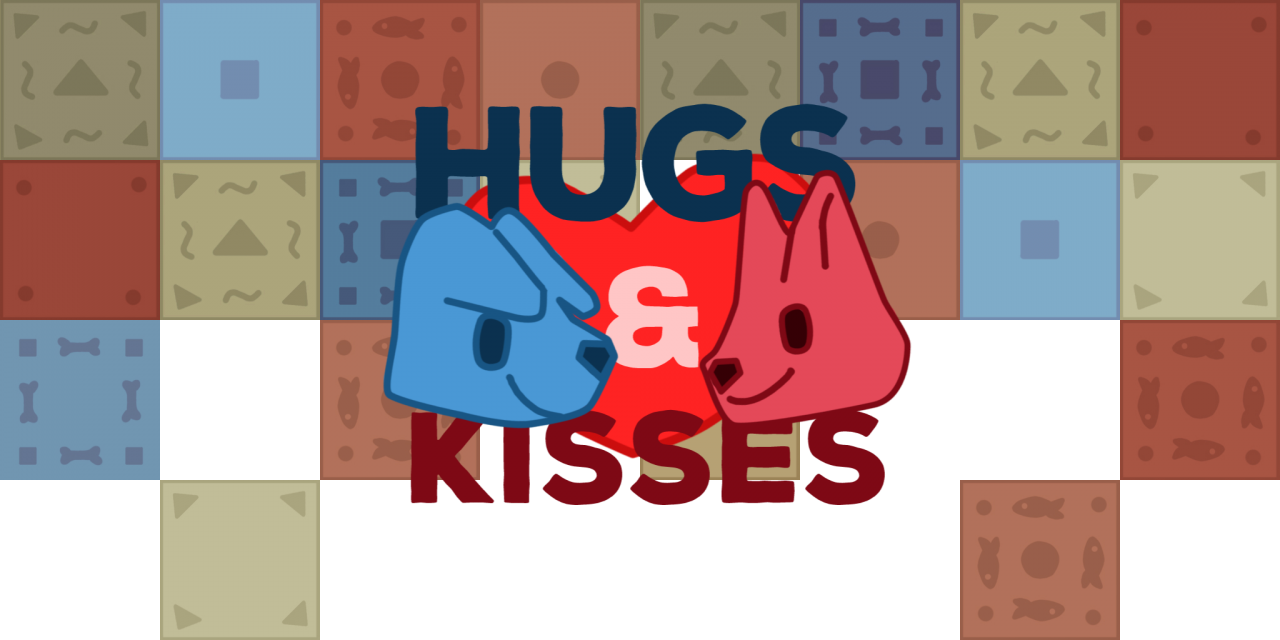 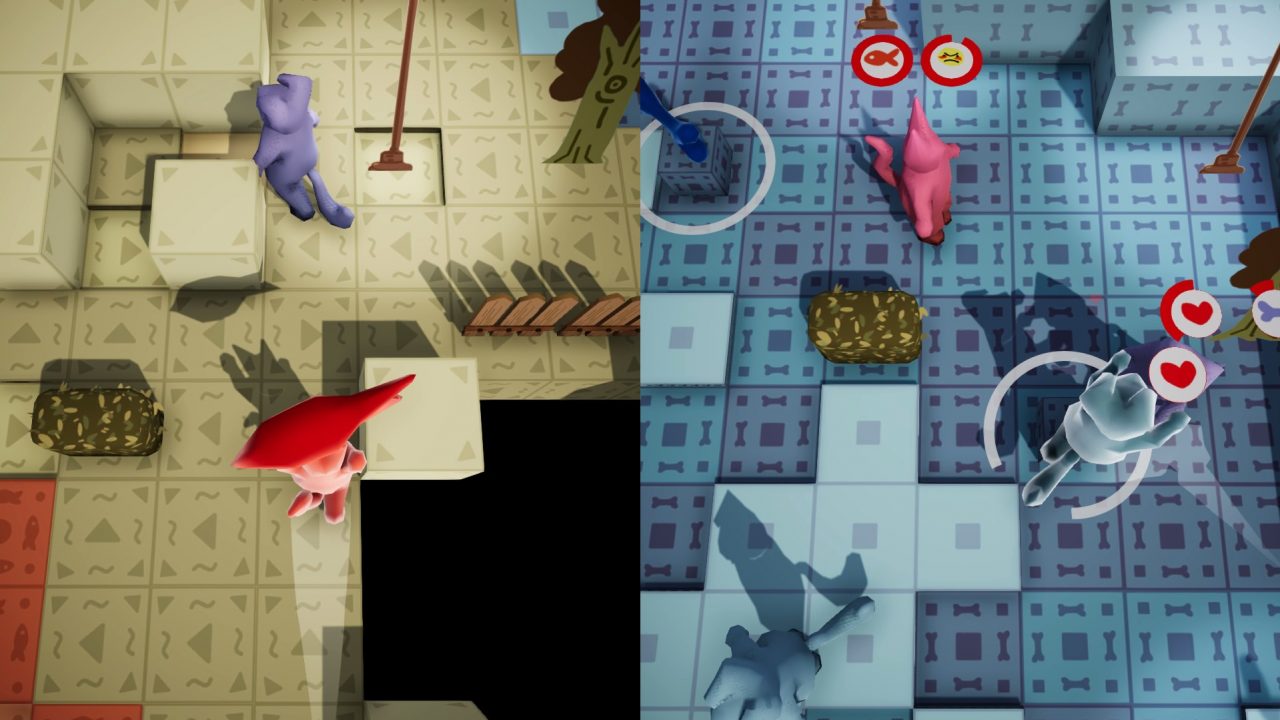 At the first weekend of August 2016 we once again visited Berlin in order to take part in a game jam hosted by the bpb, the Federal Agency for Civic Education. It was a special jam for us, as we were actually invited by the organizers, and the theme was a lot more serious than we're used to: "Flucht und Vertreibung" (Escape and Eviction).  We didn't really know what to expect, other than that travel expenses, hotel and food would all be paid by the German tax payer. (Thank you all!)

The whole event went from Friday till Sunday, with Friday being reserved for an unconference. It started with everybody introducing themselves, which took a lot of time as there were over 50 people! We knew some of the participants already: they were fellow indie developers. Nonetheless the introductions were very interesting, because - and this is another uncommon thing for our jam trips - around half of the people weren't game developers, but came from various fields, mostly pedagogics. The youngest participant was 16 years old, and I dare not to estimate the age of the oldest person in our group.
The only gripe was the pretty low ratio women to men. Unfortunately this is common, but at least it was higher than at most game jams. 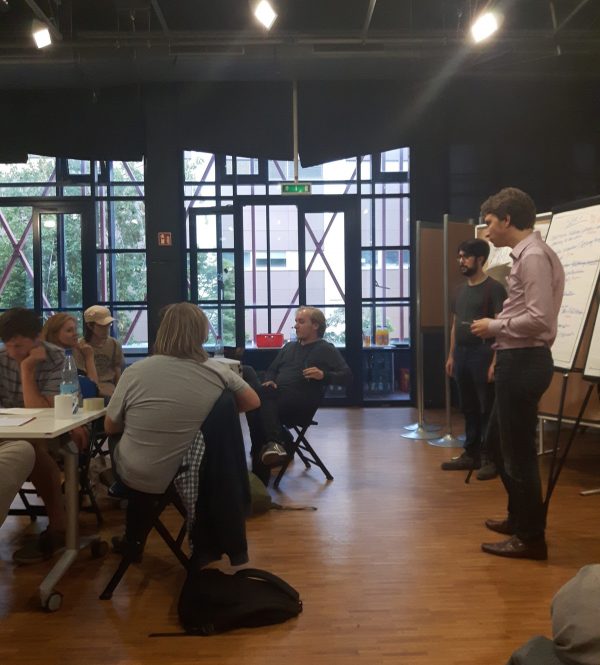 The more interactive part of the unconference were the 'sessions', where people suggested various discussion topics, all in accordance to the main theme, and then do group debates. I suggested "Sprachbarrieren" (language barriers), and thus a few of the participants, including Jana and I, talked about apps for language learning and our experiences with different languages, and how we could use these as gameplay mechanics.

The second session for us was about "Perspektivwechsel" (switching perspective), and here the discussion started with the split-screen camera technique in multiplayer games, but soon got more serious and went from the literal interpretation of perspective to empathy, and how we see others, and games that actually let us "live" different roles; consciously or subconsciously.

Overall these debates prepared us well to get into a more serious mindset, as right afterwards we got instructed to come up with game ideas and discuss them in random groups. I still think the idea of a "Refugee Go", maybe a tad cynical, would be an interesting take on the location-based gaming: the idea was to force the player to literally walk at different places in a real city where they have to fill out virtual forms (in real-time, i.e. with a lot of waiting). The idea was to let players empathize with a refugee in Germany who tries to apply for asylum. As you'd play it with a smartphone only which then demands permanent attention, it would also be a bit like Tamagotchi. 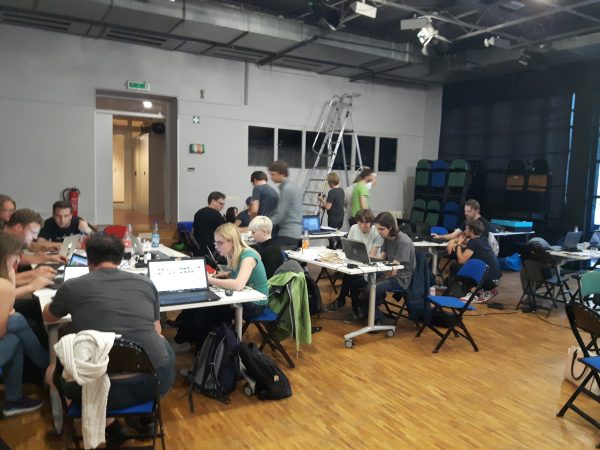 It was new to Jana and me to not discuss our ideas directly with each other, but alas, Jana was in another group. There she formulated the concept of a card game with instructions on each card for the players, and they'd have to run around and solve the tasks.

In the end we found together again. After a few years of jams we became a solid team and apart from a small collaboration now and then we somehow became unable to try new constellations. ;) Some lively discussions later about what our jam entry should be, we settled for a compromise we were actually both happy with: "Visa Runners", later named "Die Stimmung kippt!" (The mood shifts!).

Visa Runners is the prototype for a multiplayer mobile game with real-world interaction, a bit inspired by Space Team. At the beginning all the players connect their smartphones with each other. Afterwards everyone gets assigned a randomly chosen profile of a refugee-seeking person, with character traits like gender, age, birthplace, skin colour, education, etc. 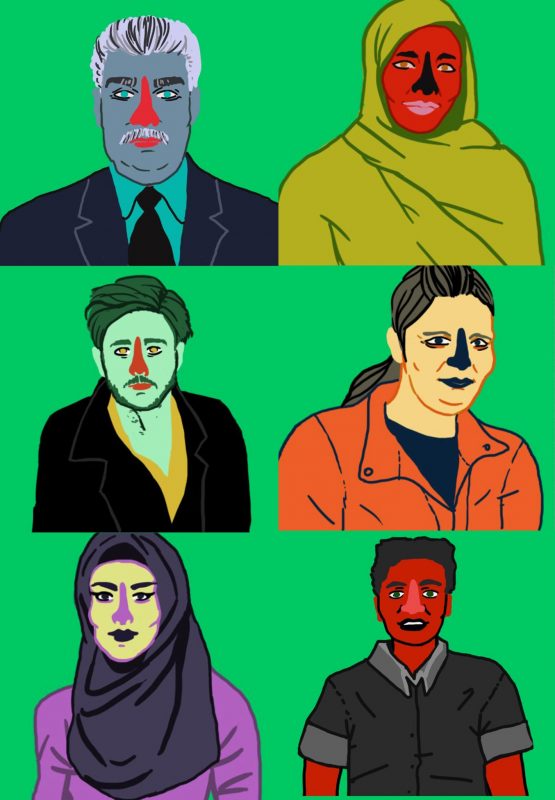 Then the real game begins.

The players have to flee to safe countries and get a visa as fast as possible. The countries are represented by QR codes lying around in the (preferably big) room, on tables and maybe even hanging on the walls. In order to get a visa you have to run to the QR code and scan it with your phone. Then you get a few days of visa - so you need to renew this visa very soon and very often. (A "day" is a second long in our game.) To make it harder players get a day less each time they try to seek refuge in the same country. If you overstayed your visa you need to get a new one as soon as possible, because you lose if you're without shelter for too long. 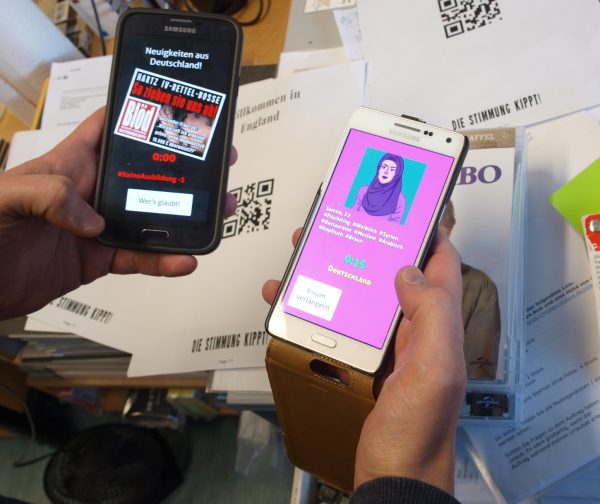 Yes, the game gets unfair quickly. Intentionally so.

To underline this, every few seconds a tabloid issue appears on one of the phones - usually it's a (mildly) exaggerated headline about refugees or foreigners in general. These headlines affect all players, so the one who sees it has to tell the others (or can choose not to). For example, if there are news about "black men attacking a puppy" all players with the traits "dark skin" or "male" will get minus points in that country (i.e. less days of visa). At some point, a country will refuse visas to certain persons, and those have to flee to other countries. 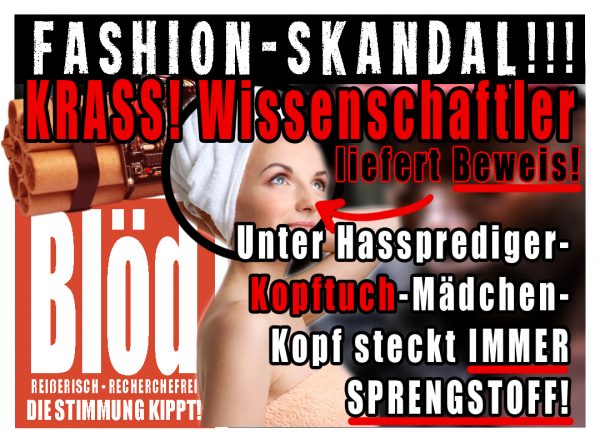 The game ends when only one person is left. 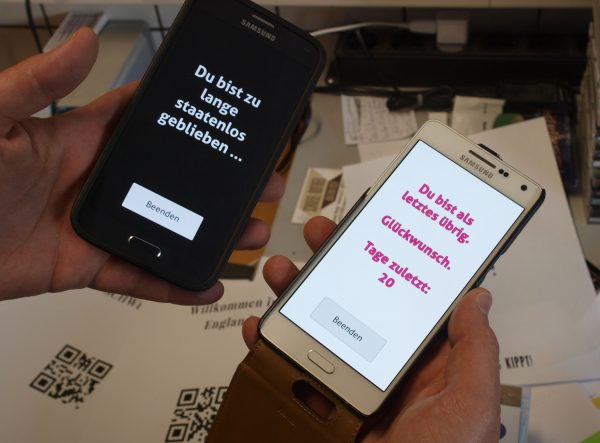 Here's hoping we made a game that captured the theme of the jam. I wish the end result were more functional, but for a prototype it worked pretty well. The funny thing is: when we presented our game, it dawned on us that we didn't even need the prototype, as we were only running around with our Android phones, yelling what we're doing currently. It could have been a theatre play...

The first day of actually programming the game was hell, as I had to download the Android SDK first (to be able to actually build games for smartphones), then try to get a certain plug-in from the Unity Asset Store running. It was very badly documented, and I needed hours to find out how it actually works. But after that we finally got the multiplayer part running, and implementing the gameplay was easy enough. Thankfully the plug-in for the QR code scanning was much less of a hassle. 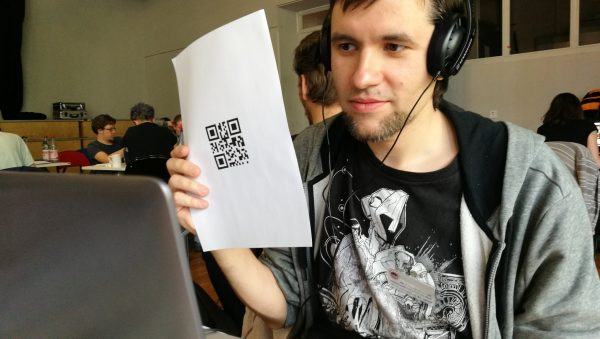 We were very impressed by the games of the other groups, some of them had a team size of five or even more. You can find (German) descriptions of most of the entries at the official wiki - ours is here, even with a downloadable APK.

Overall the first "bpb:game jam" was a success for us, and we think it also was a success as an event. Thanks to the bpb for organizing it! Here's hoping we will be able to take part again next year.