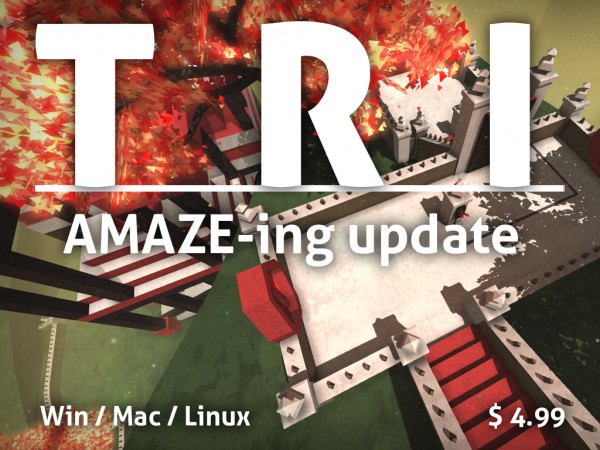 We are pleased to announce that the new update 0.2.1 for TRI is live and can be downloaded now. As already said before, this will be the last version with the low price of $4.99 only. We currently scheduled version 0.3 (the STORY update) for end of May, and that one will come with a price increase!

Now, for the AMAZE-ing update we have some new stuff, especially worth mentioning two new levels. The first one let's you walk on walls and ceilings a lot, and has windmills and a glimpse on the floating ghosts (the Kami). The second one re-introduces light rays and acid pits. If you already owned and played the TRI alpha, for your convience you can play the new levels directly - but don't miss the enhancements in the other levels! For example, we added the monk in the tutorial level, mainly for demonstration purposes (as he doesn't talk much right now). 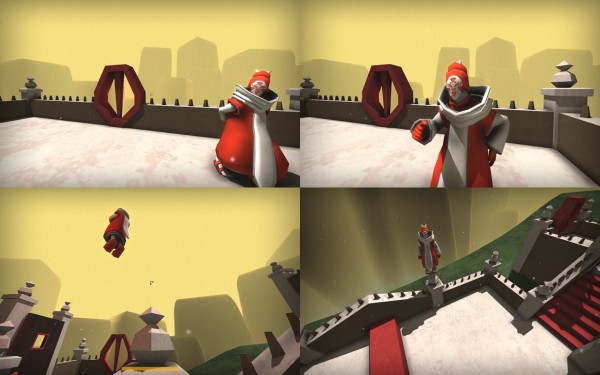 And you can finally run now. This was the feature requested by most people so far. :-P Unfortunately, this changed the balance of the gameplay a bit where it wasn't wanted. On the bright side, if you have to walk up a long wall you will need far less triangles now, as you can run quite a while on the wall after leaving a triangle until you fall down again. (Just try it!)

The complete changelist for the AMAZE-ing update:

You may wonder why we call this update the AMAZE-ing update. From April, 24th to 27th we will be in Berlin, visiting the AMAZE IndieConnect! We will meet other indie developers and give a talk about why and how to limit your game in a healthy way. So, if you want to talk to us in person, this might be your chance. :-)

And now for some more screenshots of the new TRI levels: 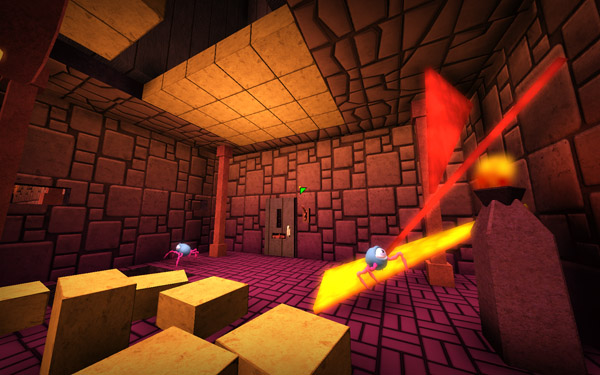 If you got TRI from Desura - download the new version with your Desura client. Or did you purchase it directly from our website? Just re-download the game via the link at the bottom of your receipt. (Send us a message in case of problems with the download.)

First the sad part: your old savegames will be useless. We rewrote the save format, which was neccessary because of added functionality. The rest is good news:

What are our next steps?

Still unsure if you should buy TRI? Just try our demo. Download it directly from us. 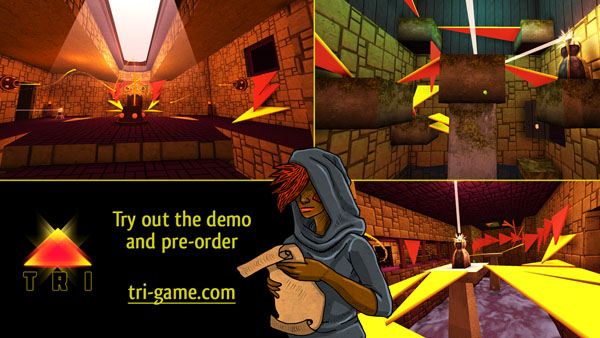 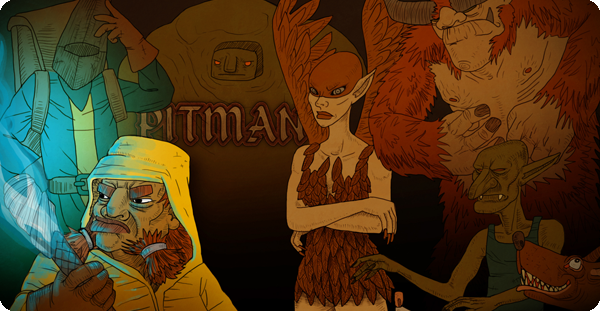 There is a new update available! Pitman is now version 1.5c, which means:

If you bought Pitman via our store, you can get the update easily by using the same download link you found in your receipt.