On February the 3rd I took the train to Amsterdam. I was in the Netherlands before, but Amsterdam is something on its own and a city I'd really like to explore a bit. Unfortunately I wasn't able to see much of it during my time there: the Casual Connect Europe was calling! But not really. The Casual Connect - to be honest - is a convention about making money by utilizing browser and mobile games, free2play, in-game advertizing and so on. Not something where our game TRI would fit in, at first glance.

But here's the thing: the Indie Prize, which according to its Twitter is "a scholarship program for up and coming indie development teams who show promise to be future leaders in the games industry", also is an integral part of the Casual Connect. They probably included it so they would have actual game developers present and not only the publishers and SDK developers. Therefore five large rows of tables were set up and housed around 100 indies and their games. And PC games were allowed! 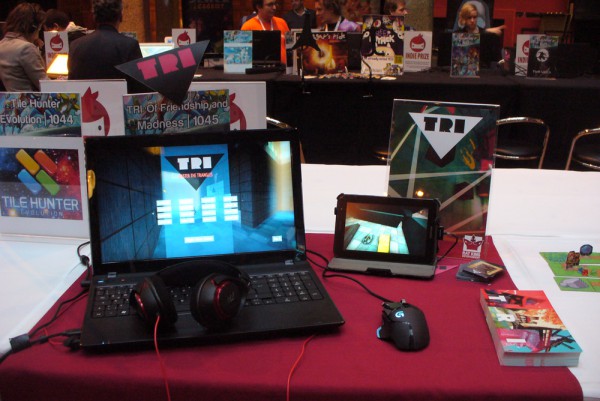 So that's why I could show TRI for three full days on our laptop, along with some promo material. My table, or rather my half of the table, consisted of red table cloth to stand out a bit in a subtle way, a laptop with TRI to play, some flyers and my old 7 inch Galaxy tablet showing the release trailer of our game in a loop. I had to download an app so the trailer would actually loop - turned out the normal video player doesn't support that. I didn't find an app that would be able to show more than one video, but I guess that's asked too much already. I really wanted to have our iPad to play the trailer, but somehow it seems to be an impossible task to get the synchronizing of your own stuff (like videos) to work correctly. To be honest, Android is a bliss in this regard...

Anyway, it was really helpful to have the trailer, otherwise it would not be clear what TRI is about if you just looked at the screen for a few seconds. Some kind of eye catcher is always a plus! (Although some people pushed it a bit too hard with posters 2 meters high, just so you'd vote for their game ...) And for the first time our flyers were really nice - as they were not only printed with the correct colors, but also printed in time, so I actually had them with me. Yay! 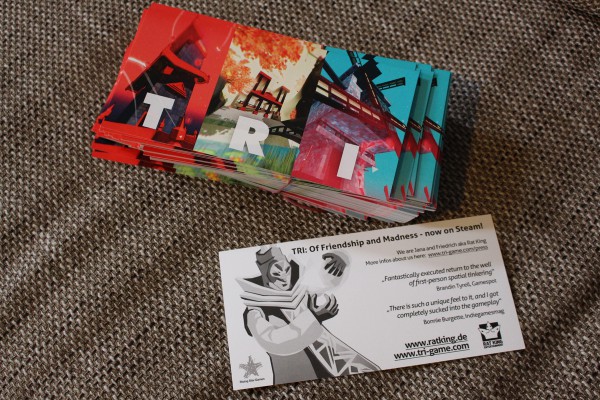 The other half of my table was reserved for Constantin Graf aka RebusMind and his puzzle tile swapper with RPG elements SwapQuest, presented on two tablet computers. I played it for a long time when there was nothing to do, and I must say I really like it. The option to customize your character and the appealing graphics made me dig it a lot, and when Constantin will finally release it (soon) on Android I'm going to buy it for sure. Game Loop Lab's Blockadillo was next to Constantin, another 2D mobile game - this one has nice graphics, which for a change are handdrawn AND not pixel art! I already played it a bit on my own device as it is free2play, so I can only recommend to try it out. Last in the row of 'German games' was Schein, another PC game actually made by the Austria-based Zeppelin Studio. It's a unique, well done and very hard puzzle platformer which I luckily already have on Steam. 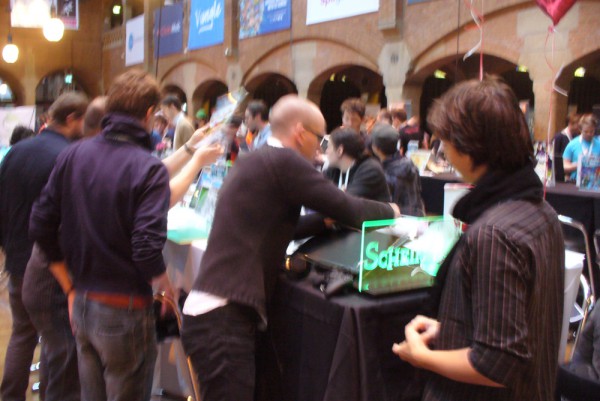 It became apparent pretty fast that the organizers of the Indie Prize placed developers together according their country of origin, which was cool because this way one could compare games from each country and culture directly. So when I found the time to actually walk around a bit and have a look at the other projects, it was like wandering over a tiny globe. ;) Unfortunately I didn't have that much time or energy to play a lot of games. I remember liking Find the line a lot, and I wonder why it wasn't even nominated at the awards. 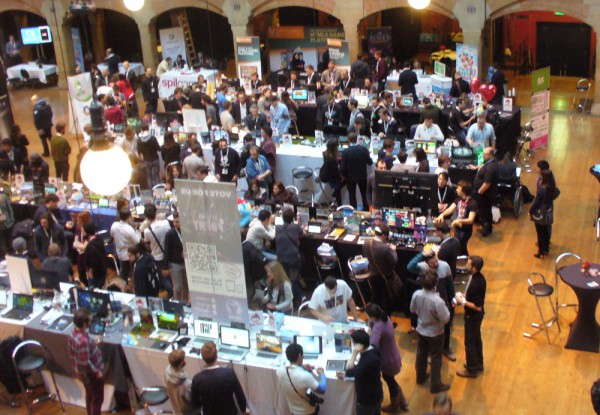 But the award ceremony was pretty well done, in my opinion. It had the right length, everything between the nominees was short and emotional. It was super nice that each finalist had a short moment of fame as a trailer of the game was shown. The judges did the right thing and didn't nominate any game more than twice - this way, more different games were in the final rounds and the award ceremony did not become repetitive. We are very grateful that TRI was nominated in the categories "Best Game Design" and "Best PC Game" - truly a big honour for us! Congratulations at this point to every team which won an award - I won't list them here, as I surely would forget someone. (You can find all the winners here!) 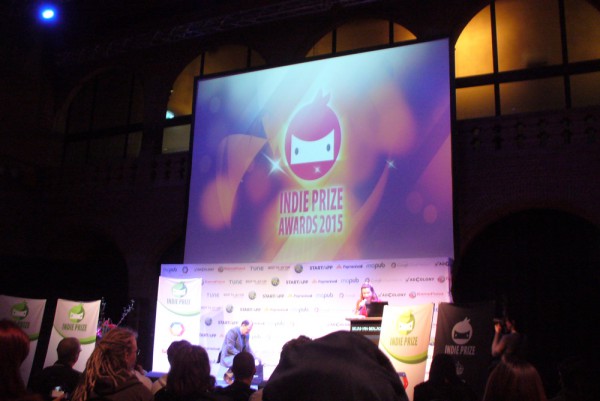 My only gripe with the ceremony is the fact that it began at noon on Friday, a bit of a strange time. I missed a warm lunch this way! Of course, that's not really something to complain about, as free lunch packages were handed out by the friendly volunteers and the buffet was free too. Overall this was the least expensive convention I went to, ever - even the accommodations were paid for: the StayOkay hostel was around 15 minutes of bus ride away, but it was comfortable and the breakfast was included. Interesting enough I was the only one in my 6-bed-dorm; I talked to some people about their lodging, and no one knew that there was some kind of Indie Hostel! 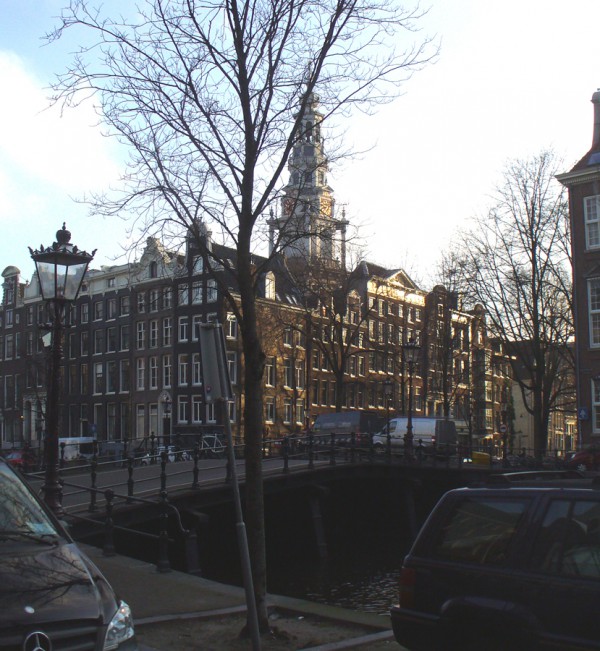 As I had to take the bus or the tram each day I had the opportunity to have a better look at Amsterdam. It really is a captivating city, with the grachten and the cool architecture. I will definitely revisit it some time, so hopefully I can actually see it by daylight then. ;) At least I had the change to explore some of the party locations, as the Casual Connect hosted a get-together each evening. For example, Constantin and I played a local multiplayer game and danced a bit at the Official Party "NEON" in the Club AIR.

My personal highlight - besides the nominations - was the fact that I had the chance to briefly speak to Peter Molyneux - I just love his game Dungeon Keeper. He was there to give a talk about inspirations and having new ideas. It was kind of interesting, as he gave some insights into Godus, 22cans' team structure and how to engage players. All this not very deeply, of course. I hope the Unity team recorded the talk, as he expressed "I love Unity!" loud and clear on stage. In the end I managed to give Mr. Molyneux a TRI flyer, which I am sure he framed and hung above his bed. 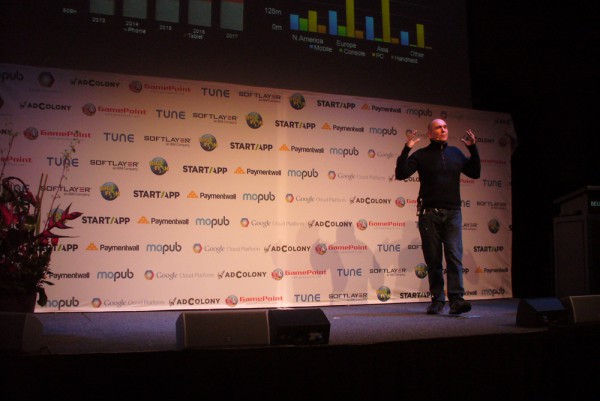 I only found the motivation to visit one additional lecture; it was about workflow and automation for when you have lots of content and a small team. The talk was held by Alexander Birke from Rumpus Animation and was pretty complete, as everything was explained on what you should do in order to keep a general view over your project. There were a lot of other talks and presentations, always four at the same time. Fortunately most of them were about user acquisition and advertising and so on; not really interesting to me - thus I had more time to showcase TRI.

Although that was a bit in vain, as there wasn't much press at the Casual Connect (or it hid really well from me). But meeting other indie developers along with the volunteers (who guarded the tables and helped where necessary), and talking to them was the best part of the whole show anyway.

At the last day I got a bit sick, which is why I left right after the end. Normally I only catch the Fresher's Flu when I get home, so this was a new thing for me. Nonetheless the Casual Connect was nice and a positive surprise to me thanks to the Indie Prize organizers. A big shout-out to them!

And next time I might even be more open to the whole business thing! 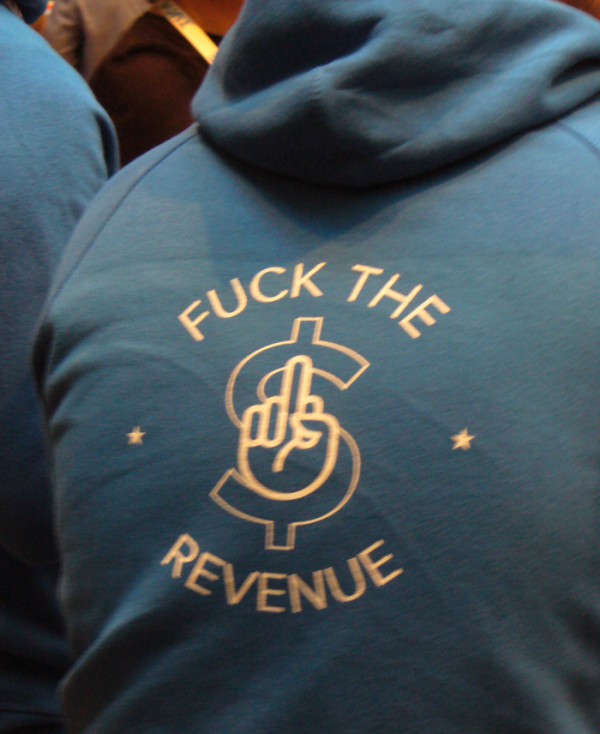